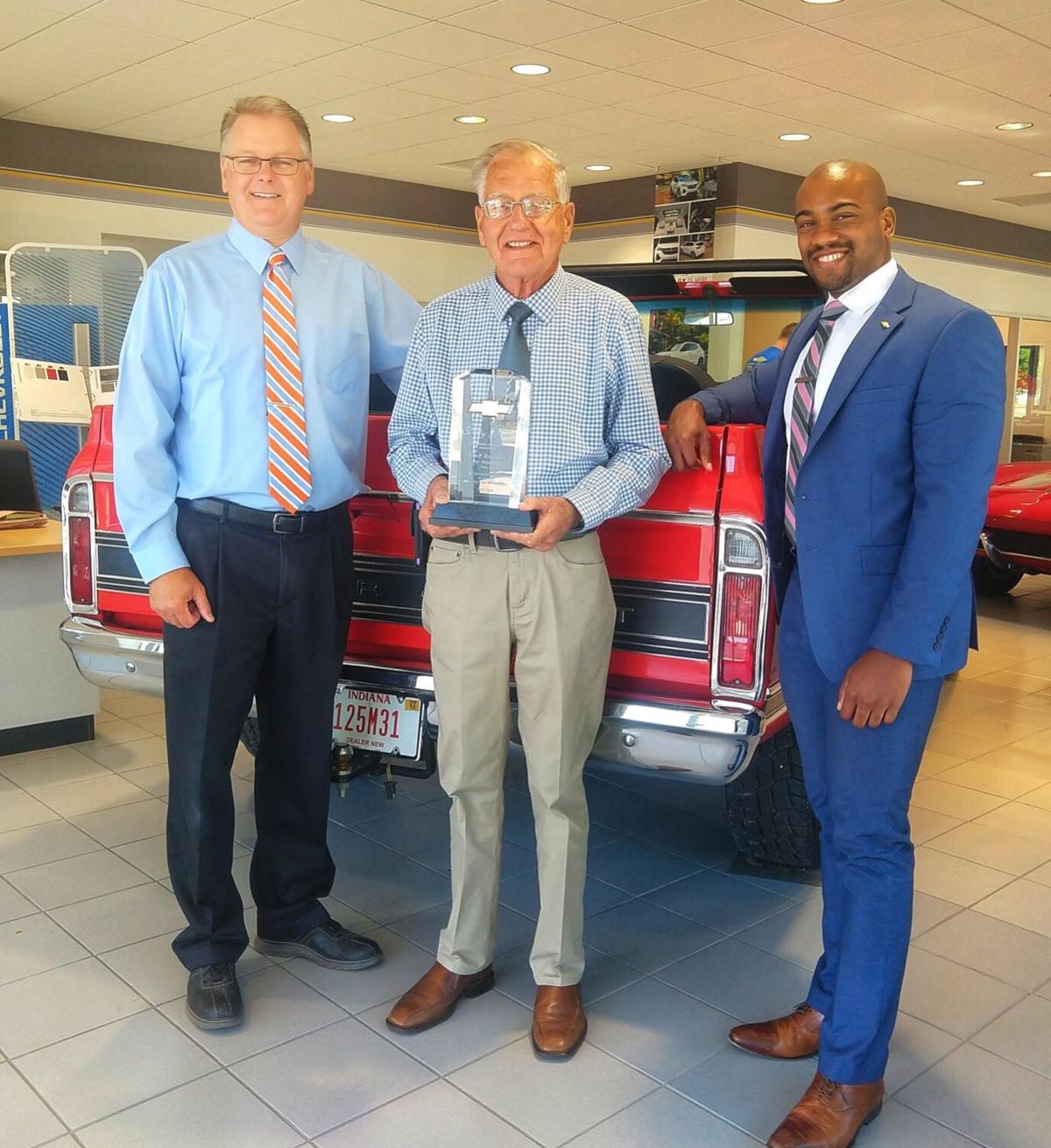 Lon Ravesloot, Paul Ravesloot and General Motors Sales Representative Antionio Douthet pose as they commemorate a half century’s worth of business at Paul-Richard GM Center in Peru. 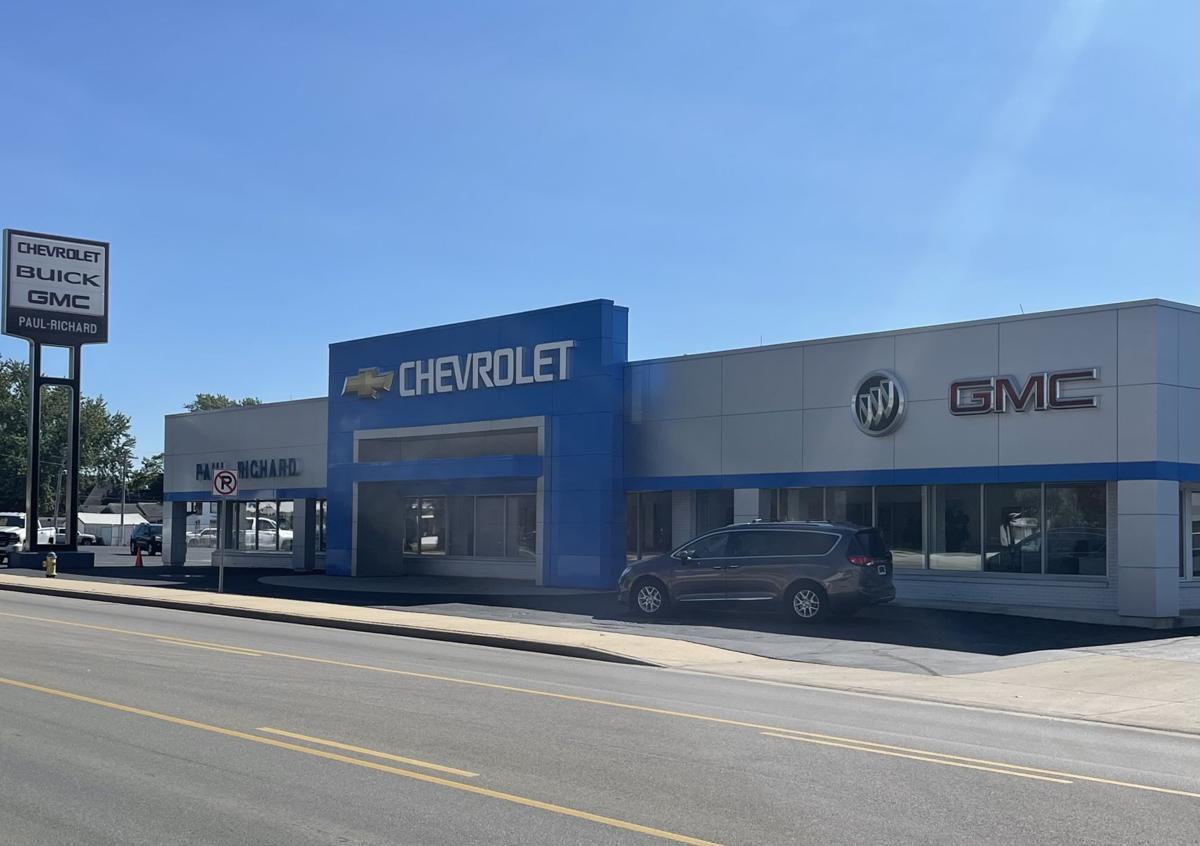 Lon Ravesloot, Paul Ravesloot and General Motors Sales Representative Antionio Douthet pose as they commemorate a half century’s worth of business at Paul-Richard GM Center in Peru.

It’s easy to say a longstanding business has served a community for decades, but Lon Ravesloot says there is another way to look at it.

“I’d say the community has served us,” he told the Tribune on Friday. “It’s a two way street.”

Ravesloot was talking about the history of the Chevrolet dealership that his father, Paul, helped start in Peru in the 1970s with Richard Ooms under the name Paul-Richard Chevrolet.

“A lot of people don’t know that it is two first names,” Sales Manager Tom Gaddy said last week when he sat down to talk to the paper about the dealership on West Main Street and how the business has changed over the years.

It was founded, according to a brief history on the dealership website, on Sept. 1, 1971 when Ooms and Paul Ravesloot purchased Peru’s Pate Chevrolet.

“And although Richard would be the Dealer Principal, they agreed on using the name Paul-Richard Chevrolet,” the history says.

“The original building dates back to the 1940s and has undergone seven expansions and two major renovations,” it continues. “The latest and most substantial renovation was completed in 2012.

“Most recently, the purchase of an adjacent property allowed for expansion of the lot for our inventory of pre-owned vehicles.”

Ooms passed away several years ago, leaving the the elder Ravesloot at the helm. He retired in 2000 as president of the company but has remained active in the dealership as a consultant.

For the younger Ravesloot, staying active himself has been a key to the longevity.

The car-selling business has changed a lot over the 35 years that he’s been involved. The internet has put huge inventories at shoppers’ fingertips which means competition has grown stiff.

“I’m very conscious of that myself,” he said, “because it’s too easy to go somewhere else.”

It’s why he says he stays involved with the business.

“I am here everyday,” he said.

It helps keep that connection to the customer, but to the staff as well.

“We have a very good team. It’s the entire team that helps,” he added.

Gaddy is one of those team members and he’s been with the dealership for more than 30 years.

That longevity on the staff side, he suggested, has led to the same thing on the customer side.

“We just sold a guy his 22nd vehicle here,” he said. “And that’s not an unusual story.”

A lot of it, Gaddy said, has to do with a smaller town atmosphere where customers – whether they are local or have driven in after finding a car through the internet – don’t feel rushed in the buying process.

And those long-serving team members are well equipped to make quick, confident decisions that help with the service.

As he was talking about his time at the dealership, Gaddy was called away to help with a situation. A customer who had just bought a vehicle had a warning light come on on her dash. He stepped out of the office, took the call and came back.

His answer to her was easy, he said, “Don’t worry about it, we will get it fixed.”

The 50 years of business that that type of service has led to earned them recognition from GM recently, and it’s something that Ravesloot suggested he doesn’t take for granted.

“It seems to be a rarity,” he said of the milestone for a small family-owned dealership. “But we are very proud that we have been able to do it.”

Jared Keever, Peru Tribune editor, may be reached by email at jkeever@perutribune.com.